Since its inception in 1958, the National Aeronautics and Space Administration has been a gleaming source of hope and inspiration held in high esteem in the hearts of not only Americans but people around the globe. This year, we celebrate the 50th Anniversary of the Apollo 11 mission that put the first man on the Moon.

Spry was approached with the challenge of creating exciting and nostalgic content to be leveraged with various live events and performances throughout the week-long celebration. This included a real-time, multi-hour launch re-creation, as well as two shorter, montage-style films highlighting the Apollo/Saturn V rocket and man’s first steps on the Moon. 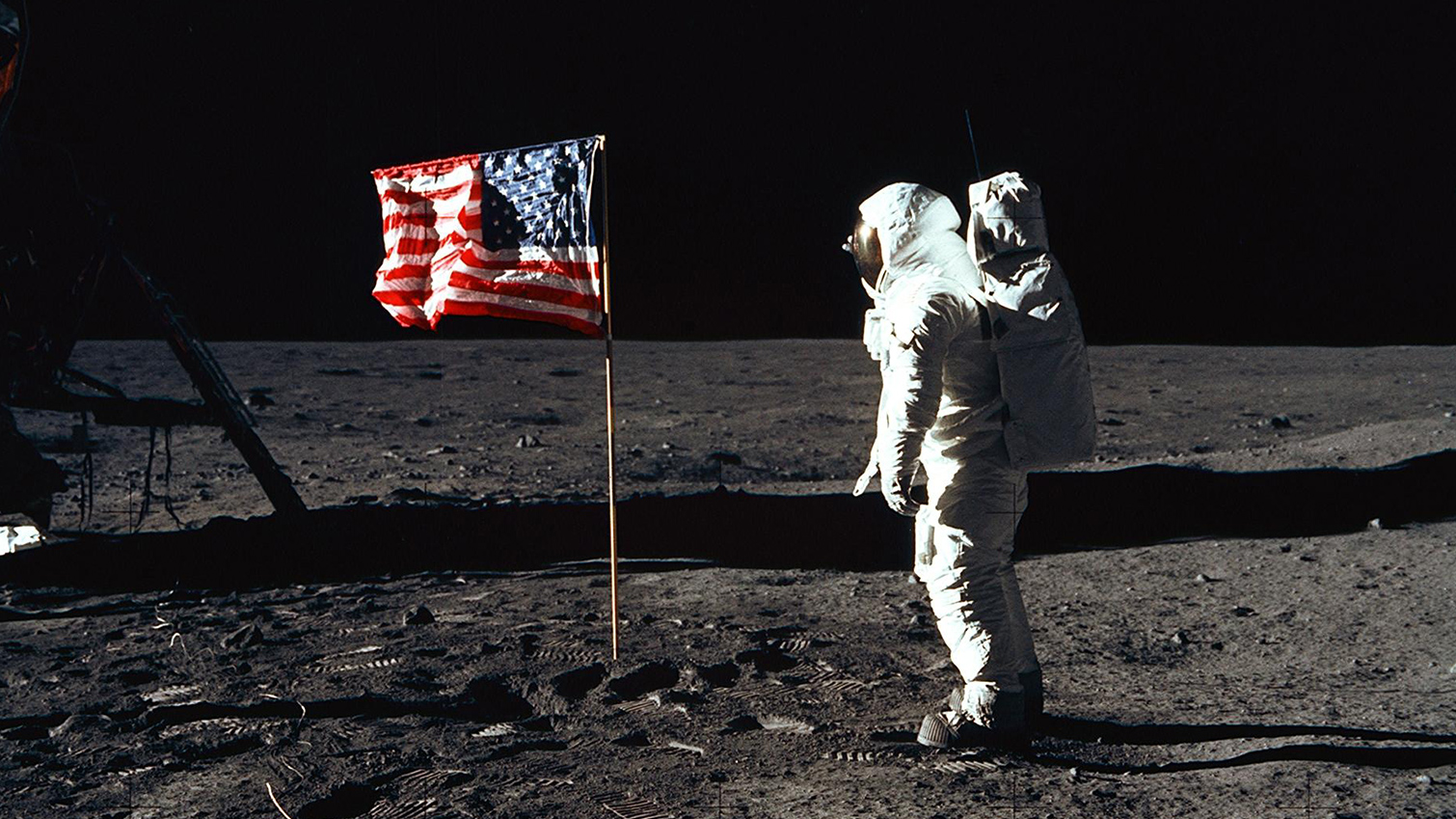 The Kennedy Space Center was looking to explore exciting ideas that would bring the attendees back in time to 1969. The Anniversary Celebration would be split into three separate events, each bringing along its own set of creative challenges and needs. Each required its own uniquely captivating content that would keep the attention of the audience while creating an emotional experience for each visitor. 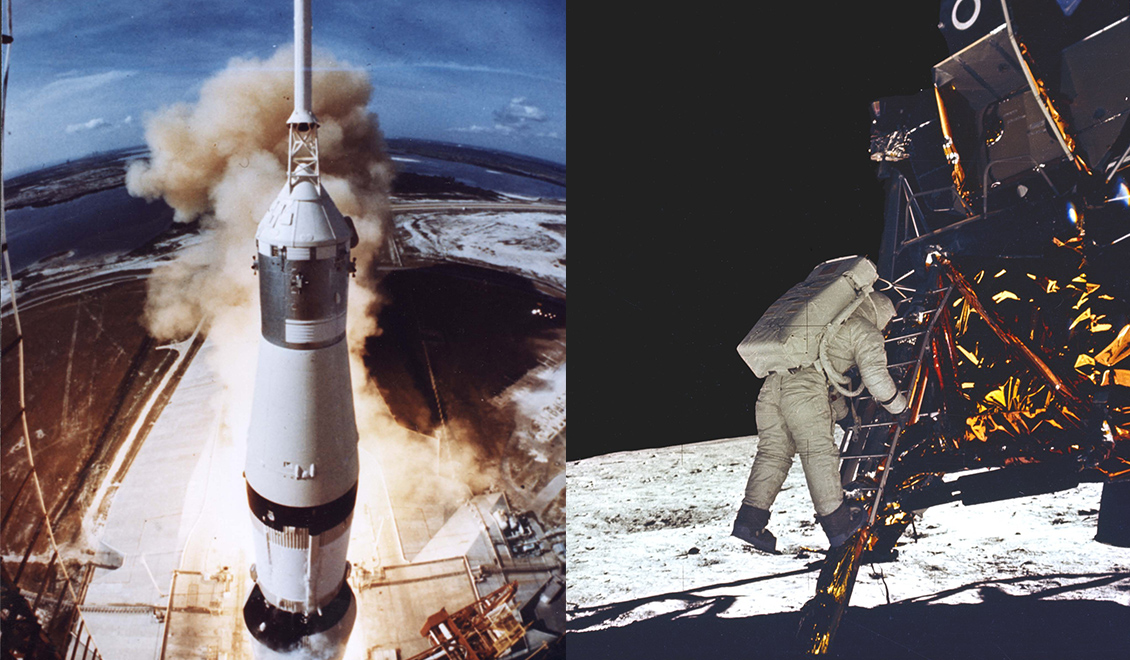 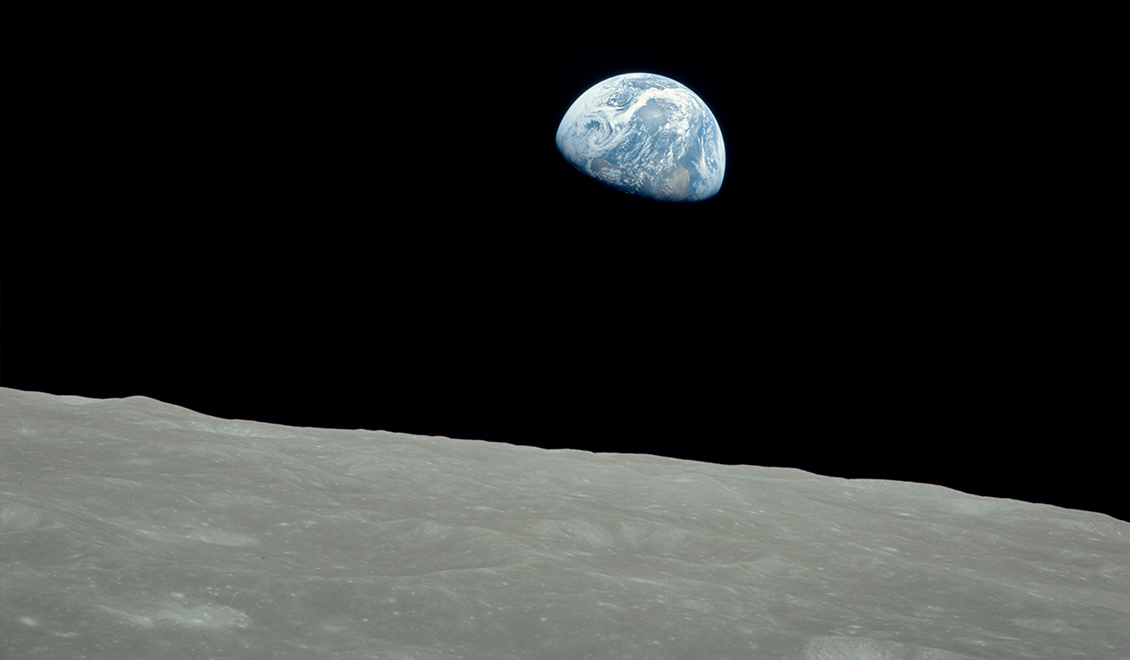 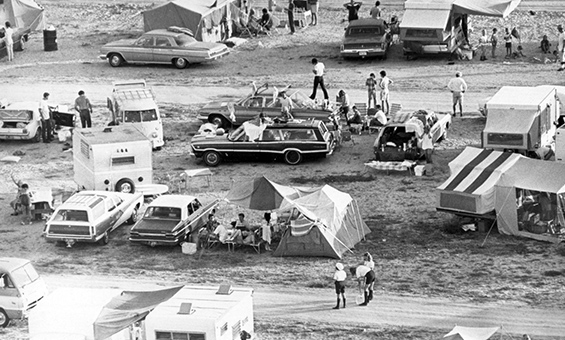 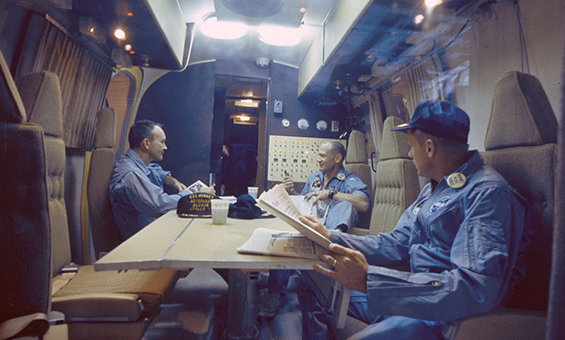 We landed on the idea of using archival footage from the Apollo missions, as well as period-accurate audio recordings, images, graphics, and news broadcasts to bring the viewer back in time to the launches, missions, and lunar landing.

The first of the three events was the VIP Reception – a gathering of VIP Members to unveil the newly renovated Apollo/Saturn V Center. The event would be preempted by a short, montage-style video celebrating the power and the development of the Saturn V Rocket and its place in history as the vehicle of the Apollo program.

Our challenge with this event was to heighten the excitement for the unveiling using archival footage and audio. Underscored by a sweeping musical track, various speeches about the space race from John F. Kennedy drive the narrative forward, creating an historically-accurate, emotional experience celebrating the people behind the Saturn V Rocket, and their accomplishments. 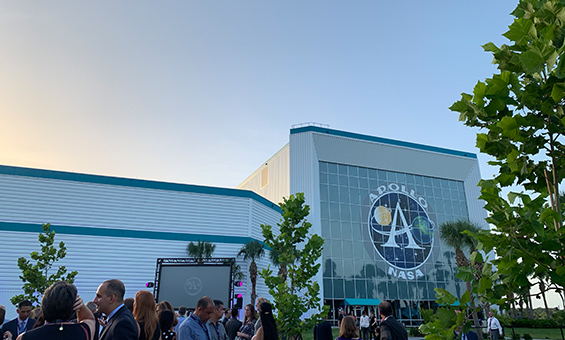 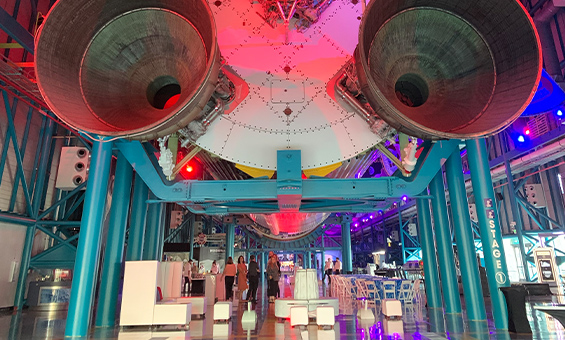 For the Flashback Event, Kennedy Space Center partnered with CBS to recreate the launch day of Apollo 11. Vintage muscle cars were brought in, and period-accurate breakfast was served at the launch site to further add to the realism. Our test was to create a video element that could easily transition from background asset to focal point in-between the live performances scattered throughout the three-hour event. 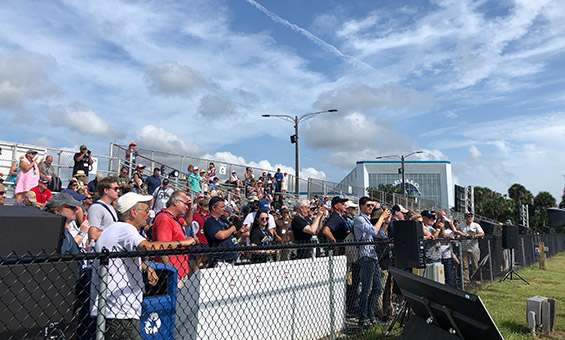 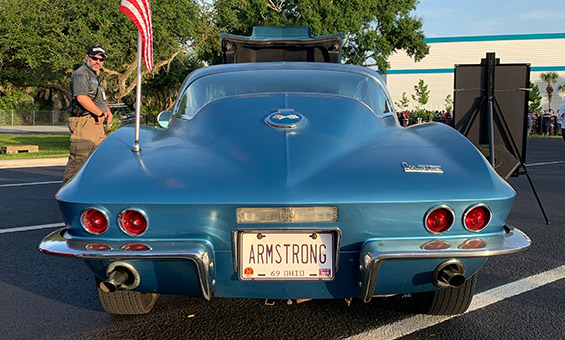 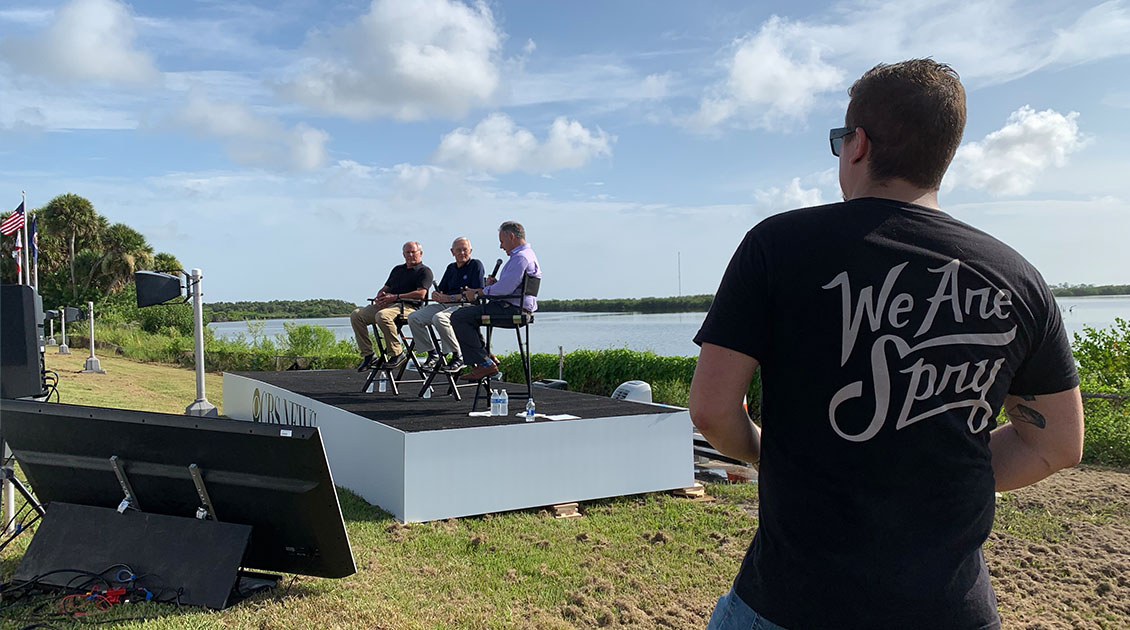 We were involved in the live production from the start. Working with the AV vendor, we oversaw the timing, accuracy, quality of the playback throughout the night, leading to launch day. The Flashback video would span the length of the entire event, timed out precisely to accommodate the live performances, lining up perfectly, down to the second, with the exact Anniversary of the Apollo 11 launch. 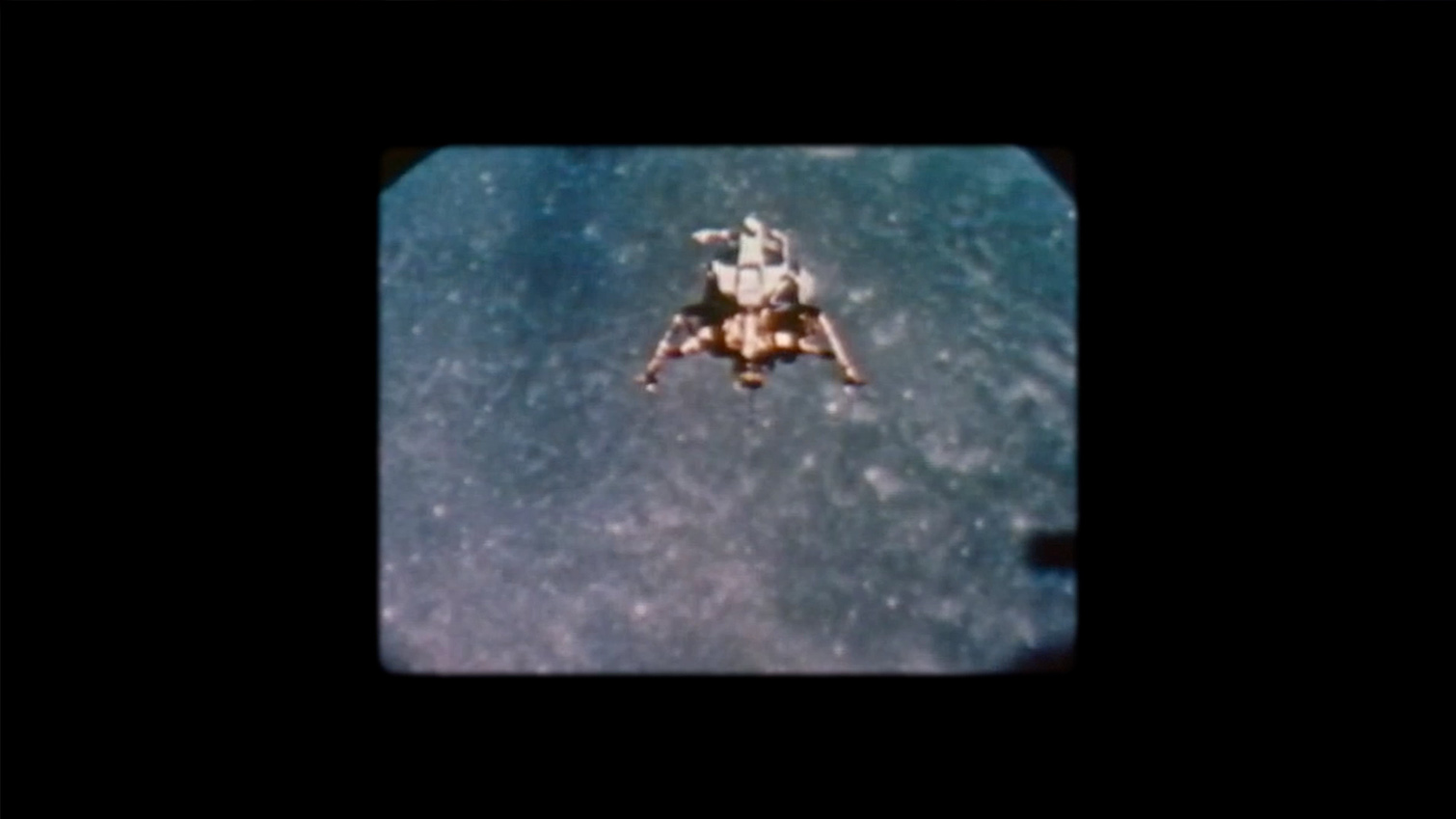 For the final event, Kennedy Space Center sought to highlight the Apollo 11 lunar landing as it was originally experienced through televised broadcasts. All around the world, we were brought together for one single moment with breathless anticipation as we watched the very first human being set foot on the surface of the Moon.

The challenge we faced with this piece was capturing the authentic excitement, anticipation, and wonder of that first giant leap. We plumbed the depths of NASA’s archives to find footage from the Lunar Module and various other, NASA-produced documentaries as a way to accurately observe the reactions of people around the world.

For another brief moment, a group stood together yet again, in quiet appreciation at the accomplishment unfolding before them.